This is who we are.

Our people come from a wide range of political and professional backgrounds. As individuals, they bring special skills, broad knowledge, and significant relationships to their work. As a group, there is no greater force in Pennsylvania politics.

Born and raised in Harrisburg, Gina is a 2009 graduate from Susquehanna Township High School. After high school she attended Penn State University, studying Fine Arts and English. Gina went on to obtain a certification to teach English as a Foreign Language through the TEFL program.

Growing up, Gina would travel several times a year to visit family in Boulder, Colorado. The idea to move west came to fruition in 2012 and she settled in Denver, where she lived for several years, traveling, and seeing landmarks the western U.S. has to offer like Mt. Rushmore. Being the eldest of four, family and the East Coast called Gina back home in 2016.

As the newest member to the Greenlee Partners team, she's an enthusiast and hardworking individual with a strong client experience and team building background. She's focused on setting high expectations and raising service standards. Gina is eager and excited to put her managerial and tech savvy skills to the test!

Back to the top 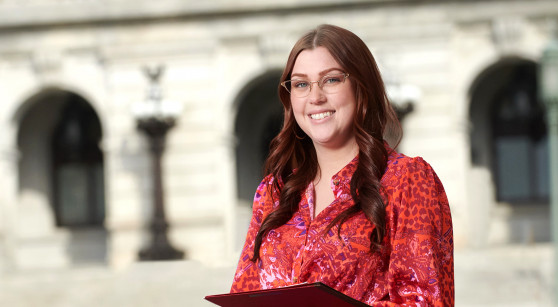